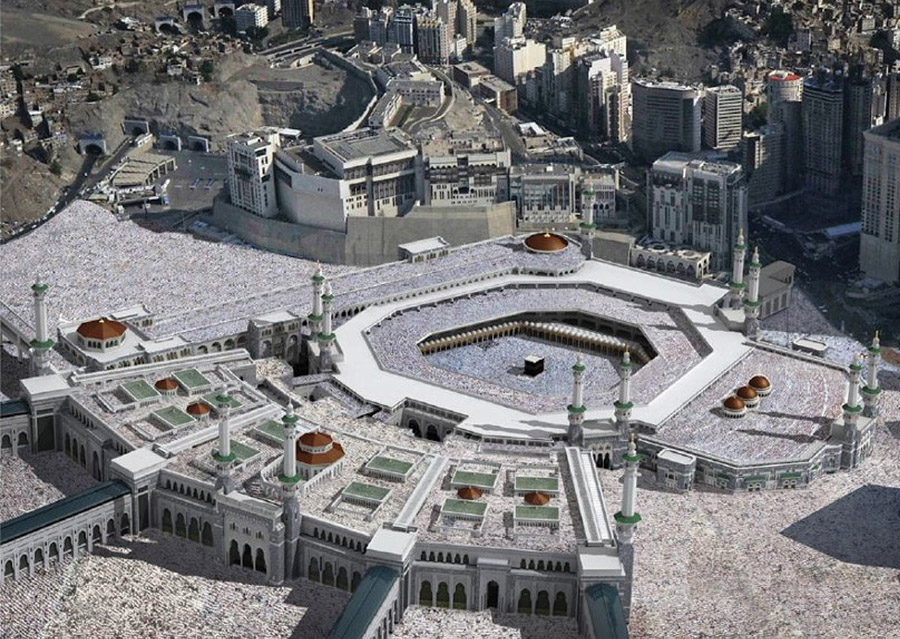 The growth of the Holy Mosque “Masjid Al-Haram” has been subtle through about 2000 years of urban history. The scale of the Ka’aba remains fairly the same. The expansion mainly happened on the surrounding open space and the Grand mosque enclosure. In the last 60 years, the Holy Mosque has dramatically expanded every 20 years. This resulted into a continuous demolishing and re-planning of the surrounding urban fabric and nature. The demolishing city fabric, historical structures and archaeological sites has created a local and international controversy. The debate remains on what expense and extent one should pursue modernity?